“Our critical language scholars manifest the quickly growing interest among W&L’s students in all languages as they seek to globalize their educational experience.”

Three Washington and Lee University students have received Critical Language Scholarships for Summer 2018: Elizabeth McDonald ‘18 for Japanese, Emily Austin ’18 for Indonesian and Riley Ries ‘19 for Russian. McDonald will study in Hikone, Japan; Austin will study in Malang, Indonesia; and Ries will study in Bishkek, Kyrgyzstan.

“Our critical language scholars manifest the quickly growing interest among W&L’s students in all languages as they seek to globalize their educational experience,” said Mark Rush, Stanley D. and Nikki Waxberg Professor of Politics and Law and director of the Center for International Education.

McDonald, from Allen, Texas, is a double major in Japanese and biology. She has studied Japanese for four years at W&L, and participated in the 68th Japan America Student Conference (JASC) as an American delegate the summer of her sophomore year. She spent the following summer conducting research at the University of Tokyo and has taught Japanese to area elementary school students through Languages for Rockbridge.

“I really enjoyed my summer researching in Japan and could see myself coming back to study as a master’s or Ph.D. student,” said McDonald. “I also realized that I have a lot left to learn about the Japanese language, so I wanted to apply for a program that was intensive but also open to recent graduates.”

McDonald is looking forward to having her only responsibility be learning Japanese. “It’s something that I love, but between assignments from other classes and extracurriculars, I haven’t been able to devote as much attention to it as I’ve wanted to,” she said. “We have a few free weekends in the program, so I’m also very excited about getting to reconnect with all the Japanese delegates I met through JASC a few years ago.” 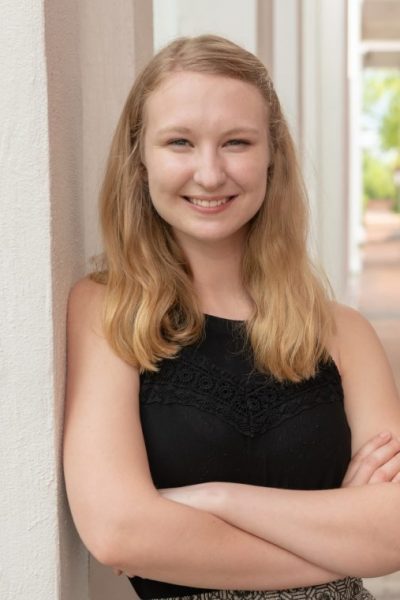 Austin, from Russellville, Arkansas, is a religion and art history double major. During her junior year, she studied abroad in Indonesia, on the islands of Java and Bali, where she learned the basics of the Indonesian language, both from formal classes and from her host families. At the end of the semester, she remained in Indonesia to conduct preliminary research for her Honors thesis in Religion.

Austin will be studying at Universitas Negeri Malang. “I will be staying with a host family in Malang for two months, taking intensive language classes at the university to increase my fluency, and participating in other language and cultural enrichment experiences,” she said. “The CLS is meant to provide the equivalent of a full year of university language teaching, so my goal is to be fluent by the end of the program.”

Austin deferred a placement with Teach for America in Tulsa, Oklahoma in order to accept the CLS. After she returns from Indonesia, and before she begins her two-year commitment working as an elementary school teacher in Tulsa, she plans to complete a Master’s degree in Teaching English to Speakers of Other Languages. 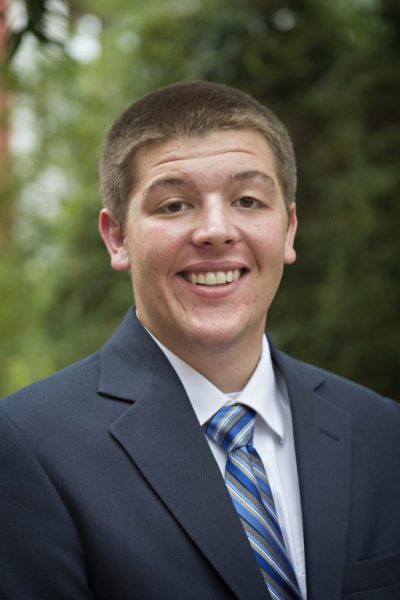 Ries, from Vinton, Iowa, is a double major in politics and Russian Area Studies and has spent the past year studying in CIEE’s Russian Language Program at St. Petersburg State University in St. Petersburg, Russia. During his time there, he has also taught English to local university students and joined an amateur chess club, both of which have allowed him to reach out to and communicate with native speakers.

“Russia and other former Soviet states are incredibly important to contemporary international affairs and U.S. foreign policy,” said Ries. “As someone who aspires to work in this field for the U.S. government, it is critical that I have a solid understanding of the language and culture of this region, and time spent in these countries is the best way to achieve such understanding.”

The main focus of Ries’s scholarship is to study Russian language, though he also plans to take time to study Kyrgyz culture and history, including some formal class time dedicated to the Kyrgyz language.

“I’m excited to learn about the perspectives of Kyrgyz citizens on life in the Soviet Union, how these perspectives differ from those of Russian citizens, and changes that have occurred in Kyrgyzstan since 1991,” he said. “Additionally, Kyrgyzstan has a wealth of natural beauty, ranging from mountains to waterfalls to Lake Issyk-Kul, and I plan to take advantage of opportunities to venture outside the city.”

After his experience in Kyrgyzstan this summer, Ries plans to return to W&L for his senior year, where he will continue his studies of Russian language and post-Soviet politics.

“Our scholarship winners demonstrate a love of learning as they meet the challenge and pursue the opportunity of studying critical languages,” said Rush. “It is also a wonderful tribute to the efforts of our faculty and staff as they mentor and prepare our students to apply for such prestigious and life-changing experiences.”