Washington and Lee Graduates 441 Students at 231st Commencement In his Commencement address, president Will Dudley encouraged the Class of 2018 to take the habits they have learned at W&L "and change the world, one small encounter at a time.” 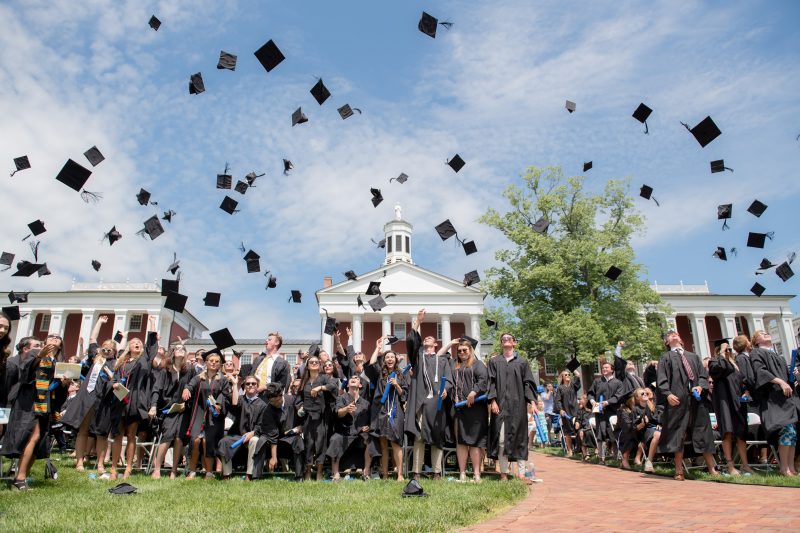 Graduating seniors at Washington and Lee University on Thursday were reminded of the institution’s long history, and in particular the history of Lee Chapel on the very day of its 150th anniversary, as President William C. Dudley used the chapel as a symbol for the need to create genuine community.

Noting that we live in a world in which “distrust has gone viral,” he encouraged the graduates to lean on the habits they developed at W&L—with its Honor System and its Speaking Tradition—to change the world, one small encounter at a time.

Dudley reminded the 441 members of the Class of 2018 that Lee had the chapel built as “a simple undecorated space that would bring the university together” to enhance both the spiritual and academic life of the college while providing additional lecture and meeting space.

“The need that Lee sought to address when he accepted the presidency of Washington College and built this chapel remains with us today,” Dudley said in his address. “In all of our differences we need to find and forge enough in common to constitute a genuine community.  This project is critical not only at W&L, but to every town and state in the country, and to the nation itself.”

Quoting Danielle Allen, a professor of politics at Harvard who addressed W&L’s opening Convocation ceremony last September, Dudley encouraged the graduates to build trust among fellow citizens, to continue to develop their own “muscular habits of trust production,” and to “convey the wisdom of friendship into politics.”

“This does not mean we have to like all of our fellow citizens, or even all of our fellow classmates,” he said. “But it does mean we need to pay attention to their needs and interests, and to exhibit goodwill toward them. Successful community requires genuine concern for the good of others whom we do not know and with whom we have real differences and disagreements.”

“You are prepared to be the engaged citizens that it is our mission to produce,” he told them. “You landed here as strangers. You have made friends. But just as importantly, Washington and Lee has helped you to cultivate ‘muscular habits of trust production.’ The Honor System has asked you to be trustworthy, and to trust others. The Speaking Tradition has encouraged you to acknowledge strangers as if they were friends. Liberal arts education has taught you to listen attentively, interpret judiciously and reason persuasively. We live in a world in which distrust has gone viral. Take the habits you have developed here at W&L and change the world, one small encounter at a time.” 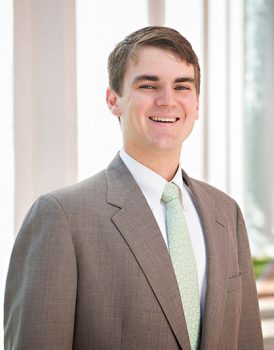 Mason Grist, an economics and religion double major from Lexington, Virginia, spoke on behalf of the Class of 2018. Grist was a member of the Executive Committee of the student body for three years, serving twice as president. In his remarks, Grist asked his classmates to remember the school’s motto non incautus futuri—not unmindful of the future—and to be inspired to take care of their alma mater as they transition from students to stewards of the institution.

“Stewardship is an odd, yet fitting, word to describe our relationship with W&L after today,” he said. “It references the care of both people and place, and when I think about the responsibility we have to W&L moving forward, it is to the people and the place.”

“We have all gained something in our last four years at W&L,” he continued. “We have had successes and failures, we have had our worldviews challenged, strengthened, changed, or all three. All these experiences brought us to where we are today, both in this physical place between the Colonnade and Lee Chapel, but also here with the faculty, friends and family who surround us.” 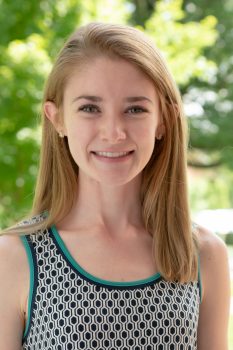 Mallory Ellen Stephenson of Fincastle, Virginia, was named valedictorian. Stephenson achieved a perfect 4.0 grade-point average while earning a B.S. in biology and a B.A. in psychology. She is a member of Phi Beta Kappa and was a recipient of its J. Brown Goehring Sophomore Award, the American Chemical Society Division of Analytical Chemistry Undergraduate Award, the James Keith Shillington Scholarship in Chemistry and Biology, the James Lewis Howe Award in Chemistry, and the Robinson Award in English Literature, History, and Social Sciences.

The university awarded honorary degrees to Marjorie Agosín, the Luella LaMer Slaner Professor in Latin American Studies and a professor of Spanish at Wellesley College, and Harlan Beckley, the Fletcher Otey Thomas Professor of Religion Emeritus at Washington and Lee.

In presenting the degree to Agosín, Dean of the College and Thomas H. Broadus Jr. Professor of English Suzanne Keene celebrated her—a poet, human rights activist, memoirist and literary scholar—for her commitment to the teaching vocation in the liberal arts, and recognized her as “one of the leading voices in our age for those seeking to chart their way among the many paths and perils of this time.”

Robert D. Straughan, Crawford Family Dean of the Williams School of Commerce, Economics, and Politics and professor of Business Administration, recognized Beckley—whom he described as a pioneer in the study of poverty, an influential teacher, and a valued colleague and friend—for his impact on generations of W&L graduates, especially alumni of the Shepherd Program for the Interdisciplinary Study of Poverty and Human Capability, and his profound influence on the Washington and Lee University community over more than four decades.

For more information about Commencement and the Class of 2018, please click here.