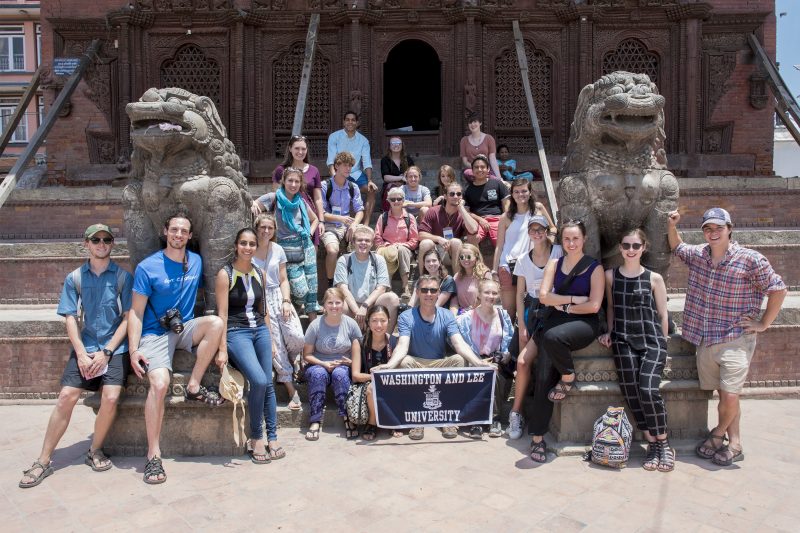 Students visit Nepal as part of the Spring Term Abroad course Caste at the Intersection of Economy, Religion, and Law, which is co-taught by Religion Professor Tim Lubin and Associate Professor of Economics Shikha Silwal.

“The community of students who study religion at W&L are some of the brightest, most dedicated, most creative students I meet, and it’s a great community to be part of.”

Washington and Lee University has added a new minor in religion to its wide selection of academic offerings, and faculty in the Religion Department invite students from any major to join their department.

“The community of students who study religion at W&L are some of the brightest, most dedicated, most creative students I meet, and it’s a great community to be part of,” said Department Head Jeff Kosky. “We want to try to broaden that community, and offering a minor seems like a way to identify students interested in being part of it.”

Former department head and religion professor Tim Lubin said a number of students have asked for a religion minor over the years. During the 2019-20 academic year, Visiting Assistant Professor Matthew Chalmers proposed doing a survey of students on the topic, and the responses overwhelmingly favored the creation of a minor.

It is not uncommon for students to take three or four courses in religion during their time at W&L even though they do not plan to major in the subject. The new minor allows students to pursue an interest in religion courses beyond Foundation and Distribution Requirements without having to double major.

“As a religion minor, one can still immerse themselves in that concerted research aspect but it is not required,” said Assistant Professor of Religion Kameliya Atanasova. “It’s really a very practical opportunity to learn about one of the most important aspects of human experience, and it can suit a variety of academic options with a major in any other field.” 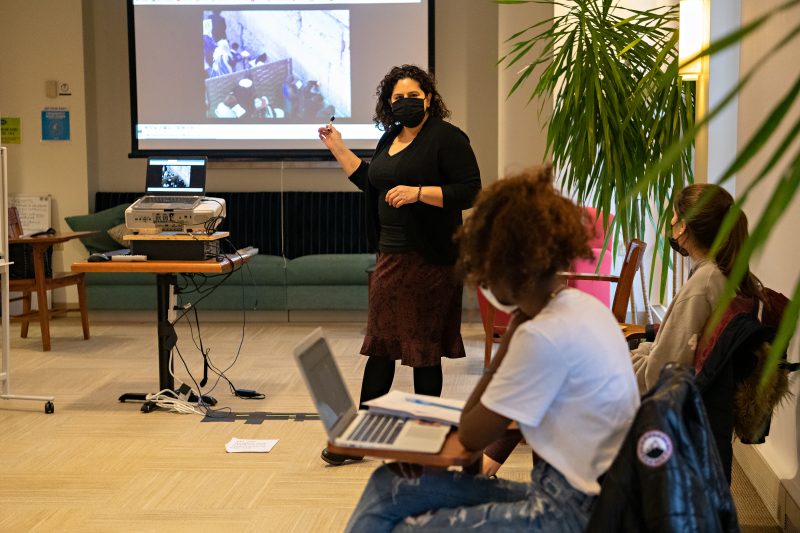 In class with Emily Filler, assistant professor of religion, in her Women, Gender and Sexuality in Judaism class.

The study of religion pairs well with any major because religion touches on many different aspects of life. Around half of religion majors at W&L are double majors pairing the discipline with study in fields such as philosophy, politics and pre-med. The interdisciplinarity of the field is evident in the varied interests and specialties of the faculty. For example, Kosky’s research interests include spirituality and contemporary art; Lubin’s interests include religion’s connection to legal studies and economics; Atanasova researches Sufism and religious authority in the Ottoman Empire; other faculty members explore the intersection of religion with gender, philosophy or politics.

“It’s interesting to bring those kinds of complementary but also different approaches to a common core of issues or to understanding a particular part of the world,” Lubin said.

Atanasova said that according to recent polls, religion holds an increasingly important place in American society, and exploring the topic can help us to not only better understand the past, but also the present.

“Religion has been a powerful motivator behind human behavior for thousands of years and continues to be a crucial element of interpersonal relationships, societal shifts, politics and economics, to name a few,” she said. 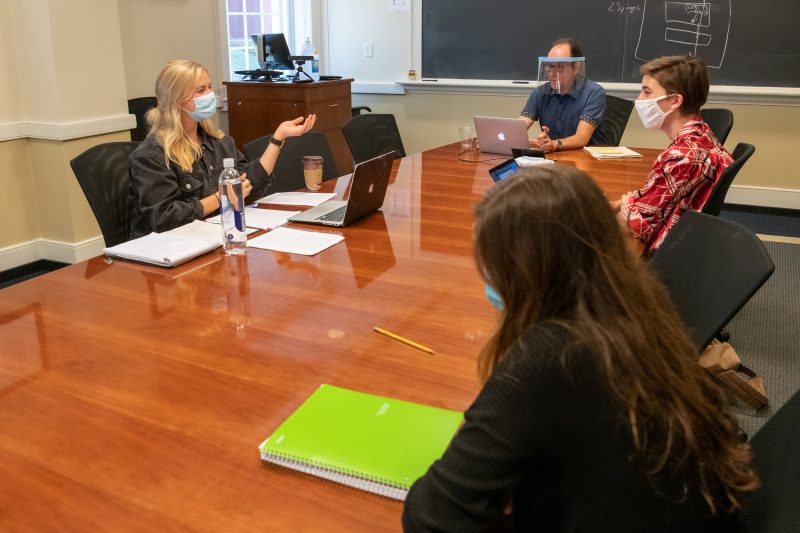 Although there is overlap between students of religion and membership in religious life groups on campus, religion courses are not exclusively of interest to religious people. That’s because the discipline focuses not only on religious traditions and life’s biggest questions, but on the interaction of those traditions with other aspects of society and culture, as well as the wide range of methods employed to understand religion. Students also are encouraged to consider various religious ways of life tolerantly but critically.

“Many students that don’t identify with any religious tradition find our courses valuable ways to understand religious others,” Kosky said.

Students of religion at W&L are a diverse but tightly knit group who support one another inside and outside the classroom, Kosky said. Additional opportunities include group activities, student research with professors of religion, Spring Term Abroad courses, and student participation in research conferences.

Atanasova said Religion Department faculty have lots of exciting outreach ideas in mind for the campus community. Prospective and current students interested in learning more about the department and its new minor may visit its webpage or email a religion faculty member.