W&L Students Receive National Science Foundation Awards The NSF only funds about 11,000 of the 40,000 proposals it receives annually for research, education and training projects. 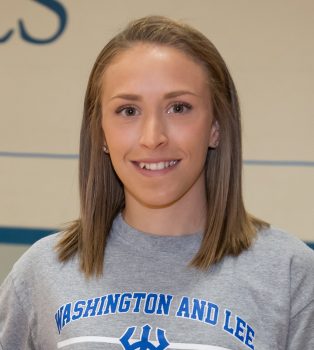 Perszyk is a neuroscience major who will head to Yale University in the fall to pursue a Ph.D. in the neuroscience track of the biological and biomedical sciences graduate program. Wala, who majored in geology while at W&L, plans to study geochemistry at Dartmouth College.

“I have known Emily since fall term 2014 when she approached me about engaging in research during the summer of 2015,” said Robert Stewart, professor of psychology. “She received an enthusiastic endorsement from a colleague, so I took a chance on her. I am so pleased that I did because Emily has been outstanding in every way.”

According to its website, “The National Science Foundation funds research and education in most fields of science and engineering. It does this through grants, and cooperative agreements to more than 2,000 colleges, universities, K-12 school systems, businesses, informal science organizations and other research organizations throughout the United States.”

The NSF receives approximately 40,000 proposals each year for research, education and training projects; it funds around 11,000. In addition, the foundation receives several thousand applications for graduate and postdoctoral fellowships. 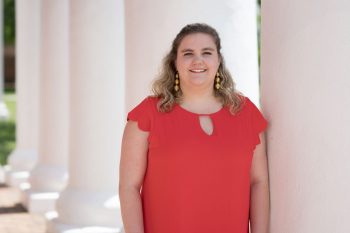 Troise will conduct research this summer at North Carolina State University in the program, “The Science of Software.” She is a double major in engineering and computer science.

“My project is to evaluate the processes that students used in the old software engineering class when working in teams, and the effectiveness of collaboration on student teams,” said Troise. “We want to compare the new offering with the prior version of the course, which will require gathering and de-identifying data from previous offerings for a secondary use IRB.” 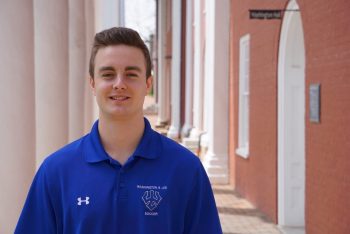 Runge is majoring in integrated engineering (chemistry emphasis). He will do research with the Department of Chemical Engineering at the University of Kentucky. His program title is “Engineered Bioactive Interfaces & Devices.”

“I will be working on developing non-covalently cross-linked temperature-responsive polymeric gels for application in biomedical and environmental fields,” said Runge.