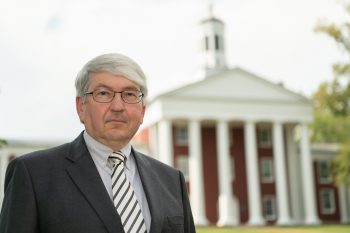 Robert A. Strong, William Lyne Wilson Professor in Political Economy at Washington and Lee University, recently penned an op-ed in The Roanoke Times titled “Donald Trump and the Stress Test of American Democracy.”

In the piece, Strong writes, “After the Capitol Hill calamity, it’s hard to muster optimism for the future of American democracy. But the Trump presidency is over. The stress test has been met. And we are a nation capable of renewal. Parts of the sky are still intact, and perhaps we should all go outside and look for whatever sunshine we can find.”