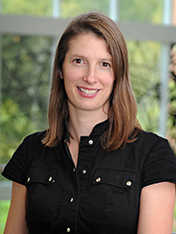 Andrea Lepage, professor of art history and head of the Department of Art and Art History at Washington and Lee University, recently published two essays that originated from artworks exhibited in W&L’s Staniar Gallery in 2015 and 2019 respectively and developed into research projects.

The first essay was published in “The Strangest Fruit,” a limited-edition artist’s publication by painter Vincent Valdez. The work was co-published with the El Museo del Barrio, which is located in New York City, in commemoration of the exhibit “ESTAMOS BIEN – LATRIENAL 20/21.”

“ESTAMOS BIEN – LA TRIENAL 20/21” was the El Museo del Barrio’s first national large-scale survey of Latinx contemporary art featuring more than 40 artists from across the United States and Puerto Rico. Initially planned for fall 2020, the show was reconceived and expanded as a yearlong initiative. The exhibition debuted in summer 2020 with online projects followed by an onsite exhibition in Las Galerías (galleries) opening this spring. Related public programs featuring curators, artists, invited scholars and other guests will occur throughout 2021.

In the essay, Lepage writes, “American society perceives the young non-white male as a threat. Valdez’s work transforms these faceless statistics into individuals. Through his exploration of prolonged and targeted discrimination and systematic stereotype reversals, Valdez has shown the viewer of ‘The Strangest Fruit’ that it is his diverse group of brown men who are the threatened.”

Learn more about the project and how to read the full essay here.

The second essay, “Memory and Counter-Memorials: Adriana Corral’s ‘Unearthed: Desenterrado’ on the U.S.-Mexico Border,” was published in The Latin Americanist Annals Special Issue, 65, no. 1. The essay focuses on Texas-based artist Adriana Corral’s temporary memorial “Unearthed: Desenterrado,” a white cotton flag hoisted 60 feet above the site of a former bracero processing center located near the United States-Mexico border in Socorro, Texas. Braceros were Mexican laborers invited into the U.S. between 1942-64 mainly as agricultural and railway workers.

The Virginia Humanities Foundation funded both projects when the artworks were on view in the Staniar Gallery, and W&L produced bilingual catalogues for both exhibits using the grant.