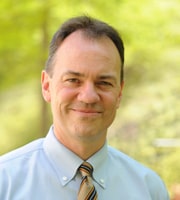 Marc Conner, provost and Jo M. and James Ballengee Professor of English at Washington and Lee University, recently published an op-ed in The Roanoke Times commemorating acclaimed author Toni Morrison’s life. In addition to the op-ed, among Conner’s published books is “The Aesthetics of Toni Morrison: Speaking the Unspeakable.”

In The Roanoke Times, Conner writes, “Toni Morrison once famously remarked, ‘I am not like James Joyce; I am not like Thomas Hardy; I am not like Faulkner. I am not like in that sense. My effort is to be like something that has probably only been fully expressed in music.’ It was an acute self-observation, not just in its truth—American literature has never seen a writer like Toni Morrison—but also in its assertion that Morrison was carving out a space for the black female writer that heretofore had not existed in American culture.”

Read the piece in its entirety here.