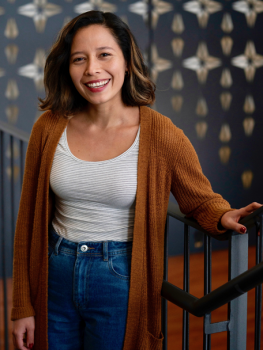 Zoila Ponce de León, assistant professor of politics at Washington and Lee University, was recently featured in an article in the Brazilian newspaper Brasil de Fato, which interviewed her about the upcoming presidential election in Peru.

Translated to English, the article is titled “Lava Jato deepened political chaos in Peru and splashes the 18 presidential candidates.” It discusses the political impact of the Brazilian anticorruption effort “Operation Car Wash” (“Operação Lava Jato” in Portuguese) in Peru and how it is affecting the current electoral process in that country.

According to Ponce de León, “Operation Car Wash” is the most extensive criminal investigation of the century in Latin America, implicating politicians, state officials and business people in Brazil, Peru, Mexico and Venezuela.

In her interview, Ponce de León discusses the impact of the investigation in Peru.

“This has an impact on public opinion and, certainly, on the rejection of investigated candidates,” she said. “Research conducted annually by Vanderbilt University shows that corruption is the most important issue for Peruvians in the past five years.”

Ponce de León also draws attention to how Lava Jato amplified a trend that has occurred in previous elections in Peru.

“Almost all candidates present themselves as ‘outsiders,’ from outside the political world,” Ponce de León said. “Even Lescano, who has been a congressman in Peru for many years, evokes this speech, saying that he is not from Lima, selling himself as different, as an outsider. This is done by almost everyone because they see Peruvians are tired of traditional politics and want an alternative.”