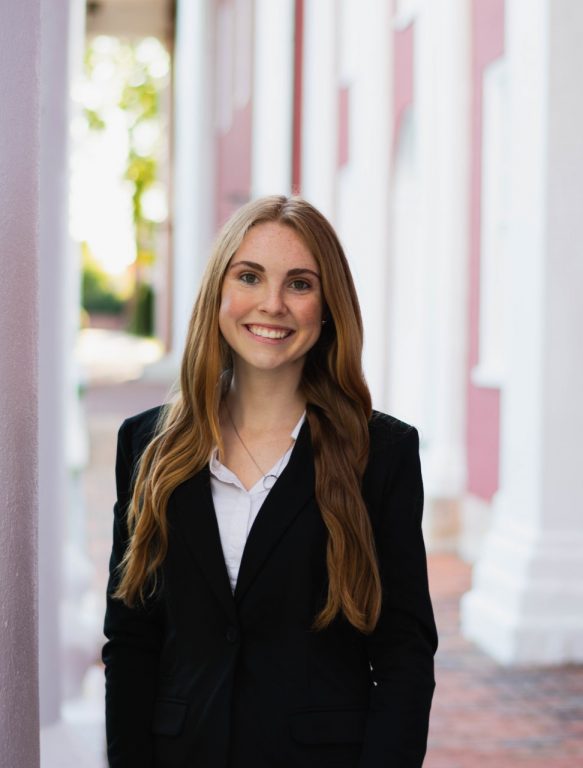 Hannah Witherell, a Washington and Lee University senior who is majoring in cognitive and behavioral science (CBSC), has been awarded the 2019 David G. Elmes Pathfinder Prize in Psychology.

“Hannah has made an exceptional contribution to the CBSC Department through her love of learning, motivation to make the most of her educational experiences in our department, and willingness to serve our educational mission as a lab assistant,” said Karla Murdock, professor of cognitive and behavioral science and Witherell’s advisor. “The department’s faculty know that Hannah will meaningfully apply her background in cognitive and behavioral science to her practice of medicine in the future, and we feel that she embodies the spirit of the Pathfinder Award.”

“Previous literature on this topic had principally examined this change in behavior using aggression assays – staged confrontations between nestmates and non-nestmates,” said Witherell. “We sought to characterize habituation learning in western harvester ants outside of an aggressive context by measuring both exploratory and avoidance responding to an innocuous, pure odorant stimulus using a fixed-trial protocol.”

Witherell was the first author on a poster related to that research work, and she presented at the Reid Undergraduate Psychology Conference in Charlottesville, Virginia, in spring 2019. She also co-authored a poster presented on this research at the Society for Integrative and Comparative Biology in Tampa, Florida.

During her junior year, Witherell began working with Ryan Brindle, assistant professor of cognitive and behavioral science. Their work in his lab focused on the effects of mental stress on health and disease.

“I was among the first cohort of research students in his lab, where we initiated a project to determine if psychological stress plays a causal role in acutely modifying human sensory processing,” Witherell said. “The goal of this study was to develop a basis from which to launch further studies. If we can show that acute psychological stress precipitates sensory changes, then future studies will be better able to appreciate the role stress plays in the etiology of disorders such as anxiety and depression.”

Witherell is currently taking Brindle’s advanced methods course in psychophysiology. Within the course, she is researching the relationship between interception, pain tolerance and pain perception.