‘You Won’t Want to Go Anywhere Else’ At W&L, Eric Herrera did field work in Ghana, created a biotech startup, and discovered the original location of the Alamo. 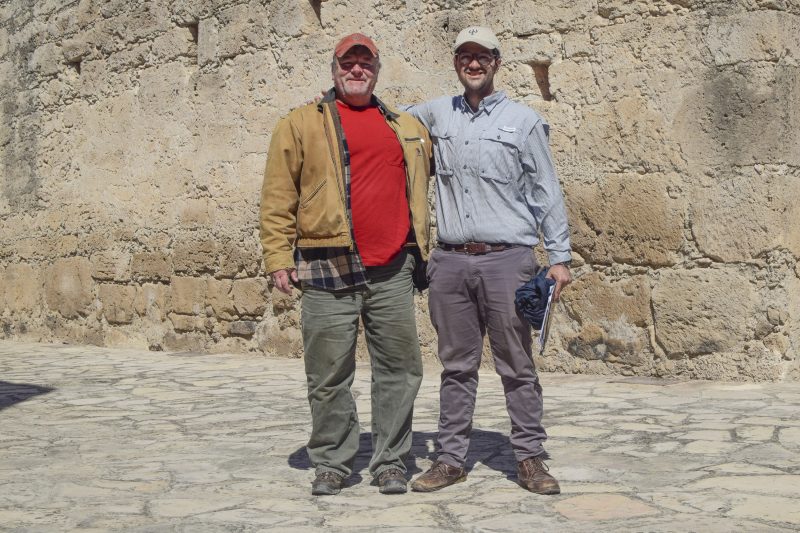 “Being at a liberal arts university gives me the opportunity to do both my hobby and my passion.”

Q: What brought you to W&L?

W&L brought me to Lexington my senior year of high school for the Diversity and Inclusion Visit Experience. The genuine, fun and hardworking nature of the people at W&L made it unique compared to the other schools I toured, and it really stood out. I instantly fell in love. Everyone was so approachable and happy and passionate about what they do.

I toured the Science Center, met with students and professors, and knew after the first day that I wanted to come study here for the next four years.

Q: What made you decide to study neuroscience?

I’d worked on a neuroscience project in high school aiming to make little brain cell implants, and I was hooked — I knew I wanted to study neuroscience in college. The problem was I also wanted to go to a liberal arts school, and most don’t have neuroscience labs. Luckily, W&L not only has an outstanding neuroscience program, but labs and an entire IQ Center of super-advanced equipment I got to use as a first-year.

While I love neuroscience and being pre-med, sometimes you just need a break from axons and atoms. Archaeology and history are my pastime and a great way to de-stress and get away from the Science Center for a bit. Being at a liberal arts university gives me the opportunity to do both my hobby and my passion.

Q: How has your membership in Sigma Nu benefited you at W&L?

I was a bit shy in high school, and after coming to W&L, I decided to rush and join a frat. Being a Sigma Nu taught me how to be more social and have great fun with great friends.

Q: You were a member of an expedition that found the original site of the Alamo, right? What was that like?

Yeah! During office hours, I told my advisor, Professor Don Gaylord, that I wanted to find a lost temple, the first location of the Alamo, missing since 1729. He was super supportive and excited for what must have sounded like an overambitious plan. We spent the next semester talking archaeology, theory and history and combing over old documents, maps and satellite images. I really felt like Indiana Jones! By the end of the semester, we had a good location picked out for me to do a pedestrian survey (explore on the ground to confirm) and make a rough map.

During summer vacation, I drove down to Mexico (yeah, the Alamo was first in Mexico, not Texas!), got permission from the government to explore the site and got to work. While the general area of the site was known, no one had yet confirmed the actual location of the church/mission ruins.

After a few hours of searching the area, I was able to confirm the location and general outline of the mission. It was only 200 feet from where we had hypothesized it would be. I took out my GPS and took the first coordinates of the site to map. Three hundred years after the current Alamo was founded in San Antonio, we now know officially where it all began. 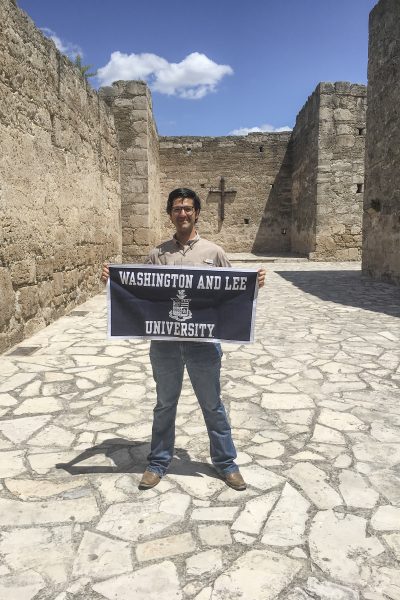 Coming back to Lexington, I communicated the results to Professor Gaylord and the Archaeology Club and began to write a National Geographic Society grant to do a noninvasive mapping expedition on the site involving W&L students. The ultimate goal is to send the data to UNESCO for emergency site preservation.

This semester, Professor Gaylord and Professor Alison Bell accompanied me back to the site in Mexico, where we collaborated with the local government and a representative from the Mexican National Institute of History and Anthropology. While there, we were able to map the potential site of San Francisco Solano mission and collect pottery shards and other artifacts for study back in the lab.

We also toured the two other standing missions and the presidio buildings in the village. We were lucky enough to find a large building stone with a cross carved into it dating from the time of the original construction of all three missions. The stone has since been moved to the local museum.

Q: You’ve also done field work in Ghana and central Mexico, studying the effects of pesticides on developing nervous systems. How important have field opportunities been to you?

They’ve been amazing! My neuroscience research with Professor Fiona Watson looks at the effects of pesticides on the developing nervous systems of frogs, and I really wanted to see if these effects had real-life impacts on human health. To do this, I had to talk to the people who were being affected. I wrote a W&L grant and was able to spend one summer working with Mazahua indigenous farmers in central Mexico, interviewing them and gathering medical histories. I was lucky enough to do the same with Kumasi cocoa farmers in Ghana through the W&L Collaborative Endeavor Grant, which allows international students to take a domestic student to do research in their home country. I went with my friend Vincent Buckman ’20. Both were really unforgettable experiences that showed that the same pesticide, applied in the same manner, would have very different health outcomes depending on the genetic background of the individual. I really don’t think I would have been able to do this if I didn’t go to W&L.

Q: Tell us about your biotech startup.

My fraternity brother, Jesse Evans ’20, and I wanted to combine efforts for the annual Entrepreneurship Summit. I developed a genetic test, like 23andMe, to find genetic cues for leukemia and lymphoma, but had no experience in entrepreneurship. I handled the science, Jesse handled the business and legal aspects, and we won the top prize at the summit along with a bit of startup capital. We want to work together and hopefully take it to market and start helping people as soon as we can. 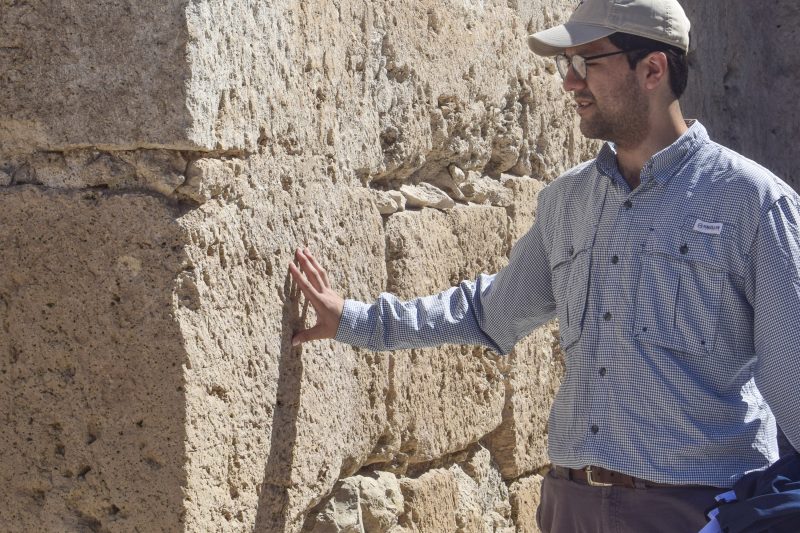 Q: Has anyone at W&L been a mentor to you?

Yes, Professor Fiona Watson for neuroscience and Professor Don Gaylord for archaeology. They taught me how to be a scientist. I really could not have done this without them!

Q: What would you say to a student who’s thinking about attending W&L?

I’d say come visit, meet the students, meet the staff and go to a party. You won’t want to go anywhere else.

Q: What’s your favorite place to eat in Lexington? What do you order?
Southern Inn. I get the roasted duck.

Q: Do you have a favorite secret spot on campus?
The Reeves Center. It’s the best study spot in Lexington.

Q: Favorite W&L event?
All the great speaker series we have

Q: What are your post-grad plans?
I’ll be working as a neuroscientist, either at Yale School of Medicine doing a post-bacc on neurodegenerative diseases or with the U.S. Army Medical Command doing research on nerve agent countermeasures. Ultimately, my goal is to go to medical school and become a neurologist. 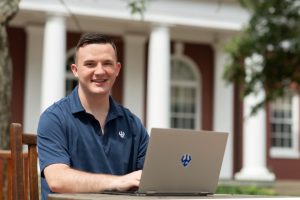