Don’t Mess With Little Texas Lee Sommerfeldt '18 found a home away from home in a honky-tonk in the heart of Tokyo.

“Although a part-time job at a bar in Japan lacks the glamour of an investment banking internship, it has without a doubt been the most formative work experience of my life.” 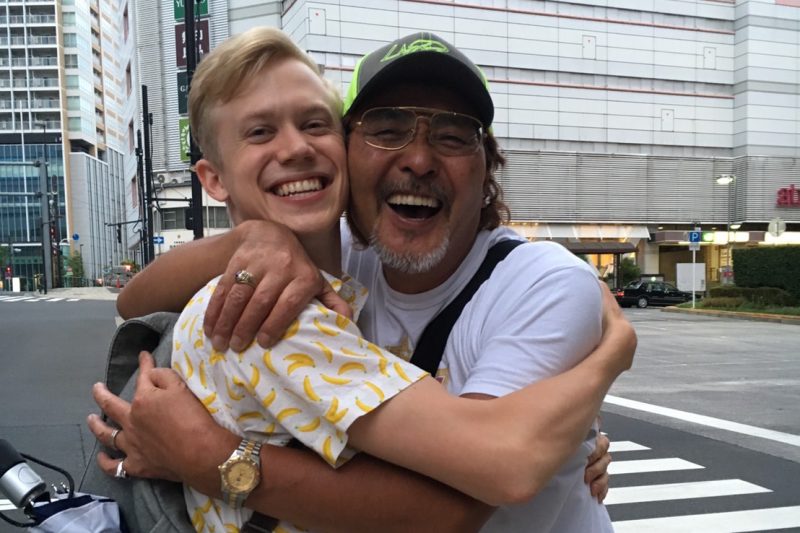 Washington and Lee, more than most schools, encourages students to leave campus and study abroad. After a year of studying Japanese with Professor Ikeda, I decided to go abroad for the first time to Fukuoka, Japan. My summer abroad transformed my interest into a passion for Japanese language and culture. I experienced being a member of the Katayama family, and commuted daily into the city for language classes. Although I had many amazing dinners with my host family, my favorite experience was stopping at traditional food stalls for a hearty bowl of ramen.

When I returned to Washington and Lee, I knew that I wanted to double major in Business Administration and East Asian Languages and Literature. I am still unsure what I will be doing after graduation, but my dream is to be able to combine my studies to bring our two cultures closer together. Both of my major advisors, Professor Ikeda and Professor Shay, have been extremely supportive and helpful with their guidance for reaching my goals. Professor Ikeda even led me to multiple scholarships that helped fund my full-year study abroad in Tokyo.

My Japanese skills were put to the test during my junior year at International Christian University, my second study abroad in Japan. I had the opportunity to join the school rugby team, take courses taught in Japanese, and even work a part-time job at a Texas-themed bar. Despite its American influence, the work involved little to no English. The bar, called Little Texas, is run by a stern-looking Japanese man named Takeshi Yoshino. However, once it was known that I was from Texas, he grew the largest smile on his face. Yoshino lives and breathes Texas culture, and was even awarded honorary Texan citizenship by Governor Rick Perry.

Apart from our generational and cultural differences, there were parallels between our situations. Yoshino had founded the bar using money he made running a very popular ramen restaurant in Tokyo. Despite having fewer customers, he said that he was happier being able to work on something he loved. Similar to my pilgrimages to Japan, he makes semi-annual trips to America to visit Texas and enjoy live honky-tonk music. Being surrounded by authentic Texas décor while writing down a customer’s order of spam sushi in Japanese will probably remain one of the most surreal experiences of my life. 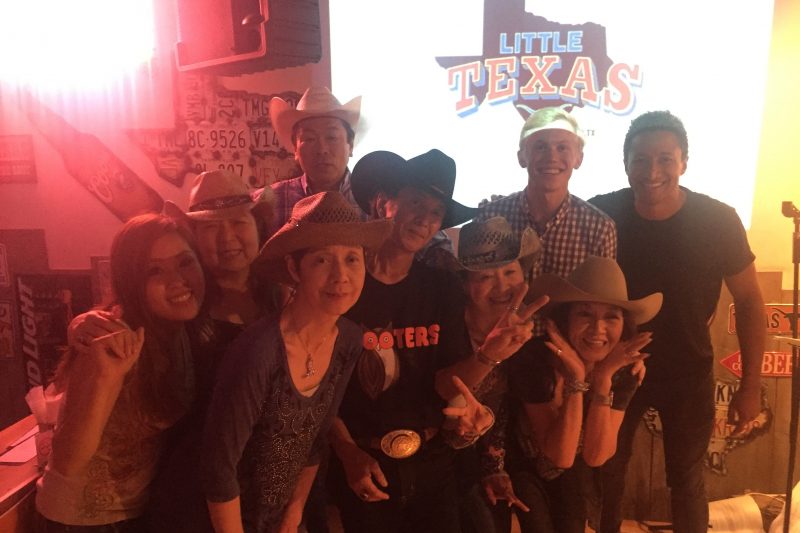 Lee with his colleagues at Little Texas

Although a part-time job at a bar in Japan lacks the glamour of an investment banking internship, it has without a doubt been the most formative work experience of my life. I had to go to a bar halfway across the globe to learn about my own culture from a different culture’s perspective. Yoshino had grown up during a period where American technology and culture was flooding into Japan. He explained that he felt a sense of gratitude to the United States for its role in bringing prosperity to Japan. These conversations with him showed how deeply effective international relations can be for individuals.

After finishing my final shift on the 12th anniversary of Little Texas, my boss, coworkers and I spent the rest of the night drinking, sharing stories and laughing. When it was time to part ways, we all looked at each other, forced a smile, and cheerfully said, “Until next time.” I left Japan a few days later, humbled and knowing that I will never be able to fully repay Yoshino for the kindness and patience he showed me. I do not know what the future holds for me, but I will work to continue the transformative cycle of goodwill between our two cultures.

A little more about Lee

Venture Club
Has anyone on campus inspired you?
Professor Ikeda and Professor Shay
What’s your personal motto?
Pursue what is meaningful, not what is expedient.
Best place to eat in Lexington? What do you order?
Sigma Nu House
What one film/book do you recommend to everyone?
“A Clockwork Orange”
What do you wish you’d known before you came to campus?
I think coming to W&L without preconceived notions helped me to form my own impressions.
Favorite W&L memory:
Returning from a year abroad and seeing all of my friends again.
Favorite class:
Japanese Literature in Translation
Favorite W&L event:
Entrepreneurship Summit
What’s something people wouldn’t guess about you?
I’m a die-hard Kanye West fan.
Why did you choose W&L?
Coming from a small town, I wanted to continue an education where I could form real relationships with my professors. It’s become a bit of a truism for W&L, but you really will be invited to eat dinner at your professor’s house.
Related //Business Administration, East Asian Languages and Literatures, Japanese
Tagged //Andrew M. Hemm Award, Class of 2018, Japan, Japanese, Japanese (East Asian Languages and Literatures), Kemper Scholar, Miller Endowment Recipient, Morgan Stanley & Bridging Scholar, study abroad, World Language
Loading Comments...