Energized by Research A grant from the Endeavor Foundation allowed engineering students Alfred Rwagaju '18 and Kennedy Gibson-Wynn '18 to spend the summer studying hydroelectric power in Rwanda.

“As engineering majors, we have come to appreciate how different problems that affect the society on a large scale can be solved with engineering skills.” 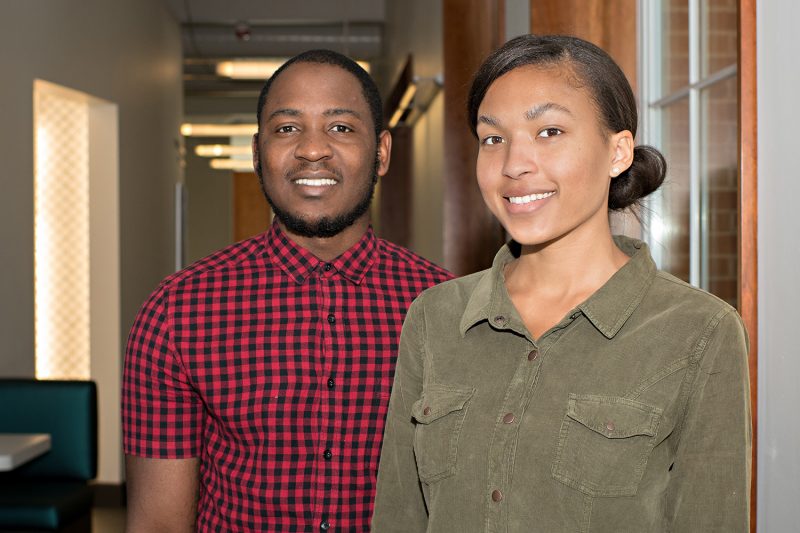 The program, which is funded by part of a $219,000 grant from the Endeavor Foundation (formerly known as the Christian A. Johnson Foundation) is now in its third year. Alfred Rwagaju and Kennedy Gibson-Wynn, both members of the Class of 2018, traveled to Rwagaju’s home country of Rwanda to study energy development efforts.

Tell us about your summer experience.

This past summer, we interned with Ngali Energy, a private energy company that focuses on developing energy in Rwanda. The company is located in the capital, Kigali, and it has one major hydro generation project in the southern part of the country known as Rukarara Hydropower Plant that produces approximately eight megawatts. In addition to that, it has five other small projects that produce roughly two megawatts each. The government has opened doors to investors who want to do energy-related business since the country is struggling to produce enough electricity for the people.

Our main work at the company was researching how the country has been able to supply electricity to its people, and how it has overcome the massive destruction of the energy sector 23 years after the genocide. Right after the genocide, only five percent of the population was connected to the grid, which really made life so challenging. The country has now raised this number by 10 percent within 23 years, with the help of Independent Power Producers (IPP) such as Ngali Energy.

We were based at the main offices in the capital. We mostly worked with engineers to collect data concerning the setup of different hydro plants. In addition to that, we had weekly seminars on how different hydro plants operate, the amount of power that they are able to supply, and what challenges are faced by these hydro plants

We also made a trip to the southern part of Rwanda, where the company’s main power hydro plant is located. We stayed at the site for four days and we had a chance to learn how the hydro plant operates.

Through different seminars we had, we learned that there is still a long way for the government to go to develop the energy sector. Only about 30 percent of the population is connected to the grid. Although the percentage of the population having electricity is still very low, the government has done a great job to raise this number from five to 30 percent within 24 years of the genocide. The government is encouraging the setup of Independent Power Producers such as Ngali Energy.

Alfred, what was it like introducing your study partner to your homeland?

It felt great. I loved showing her around different places and meet new people.

Kennedy, what were your impressions of Rwanda after the trip?

Rwanda has a dynamic I’ve never seen before. In the city it was very fast-paced – motos, lots of traffic, and always music. I most enjoyed our time outside of Kigali, when we could appreciate Rwanda’s hilly countryside and spend time with the friends we made.

We loved our four-day trip to the hydro plant in the southern province. It felt really chill and calm just to be away from the city. Also, the vibe and happiness that people in the rural areas have is something that is really enjoyable to be around.

As engineering majors, we have come to appreciate how different problems that affect the society on a large scale can be solved with engineering skills. With a plan to go to grad school in the near future, this project has set a path in my career interests focusing on energy development in developing countries.