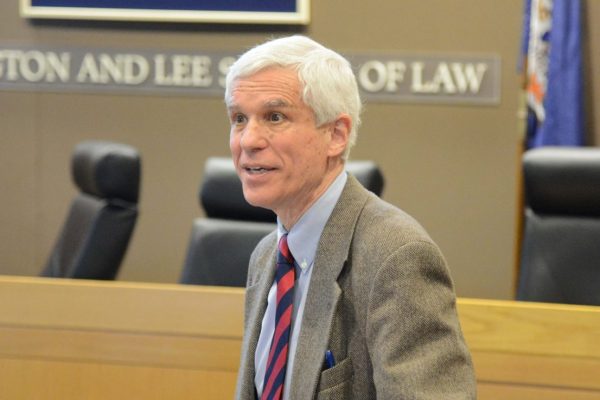 Bruck appeared on NPR’s Radio IQ recently to argue that older inmates pose no threat to society and should be released into the care of their families.

“This is a matter of life and death, and these people were not sentenced to death,” said Bruck. “In a month or two the prisons are going to be like the nursing homes are now, where half the population is dying.”

Health experts are especially concerned about the spread of the coronavirus in prisons due to overcrowding, the use of shared eating and sleeping facilities, and substandard medical care and sanitation. According to the report, the state legislature will vote this week on whether to free inmates scheduled for release within the next year.

Bruck directs the Virginia Capital Case Clearinghouse (VC3) clinic at W&L Law. In 2017, he expanded the work of VC3 by launching a project to help inmates earn parole. In the 1990s, the state of Virginia eliminated parole for all felony offenders whose crimes were committed after Jan. 1, 1995. Those convicted prior to that date are still eligible for eventual parole release.

Since the project’s inception, VC3 students have been successful in obtaining parole release for about 48% of their clients. The overall grant rate from the Virginia Parole Board for inmates seeking release is 10%.