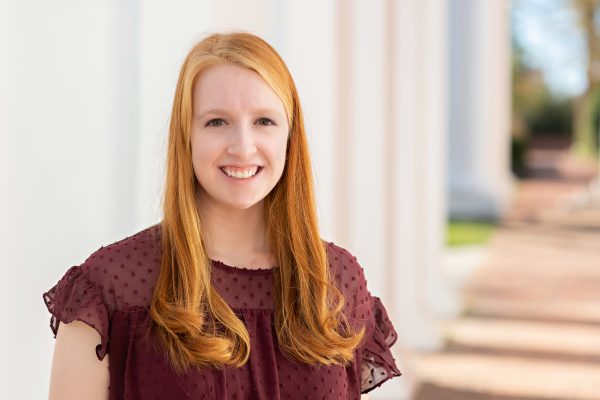 Amanda Dorsey, a Washington and Lee University senior, has been awarded the 2020 David G. Elmes Pathfinder Prize in Psychology. Dorsey is a cognitive and behavioral science major and is pursuing a minor in poverty studies.

“Amanda is an extraordinarily resourceful young scholar with a thirst for learning and a gift for building connections among people and ideas,” said Karla Murdock, professor of cognitive and behavioral science at W&L and Dorsey’s advisor. “These capacities have inspired her to explore perceptions of and services for developmental disabilities within multiple global health contexts. The faculty of the Cognitive and Behavioral Science (CBSC) Department is entirely confident that she will fulfill the vision of the Pathfinder Award in inspired ways that we cannot even yet imagine.”

Dorsey’s research career started during her first year at W&L under the mentorships of cognitive and behavioral science professors Murdock and Wythe Whiting. Since then, the group has conducted a series of studies examining the cognitive and psychosocial effects of cellphone exposure and rumination.

“The Cognitive and Behavioral Science Department at W&L has fully supported each one of my goals and pursuits,” said Dorsey. “I am so honored to receive this award from the faculty to whom I credit so much of my growth, knowledge and accomplishments.”

Dorsey says her work on campus enabled her to “gain insight into every stage of the research process.”

“This research insight merged with my interest in health, and in the summer of 2019, I traveled to the Himalayan region of India and helped implement a research project investigating the barriers to intervention service access for young girls with developmental disabilities,” said Dorsey.

Dorsey’s experience in India expanded her interest in health to a global scale. This past summer, she joined the research team at the United Nations University International Institute for Global Health (UNU-IIGH) in Malaysia, where she evaluated the gender responsiveness of COVID-19 efforts in a series of projects.

“These opportunities now drive me to pursue further education and research in global health, particularly through a disability and gender lens,” she said.