W&L’s Michelmore Participates in Center for Public Integrity Forum and Podcast Professor Molly Michelmore took part in a forum and podcast examining the “winners and losers of the Republicans’ 2017 redistribution of wealth.” 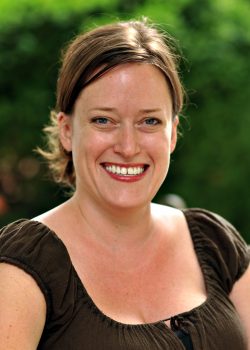 Molly Michelmore, professor of history at Washington and Lee University, recently participated in a Center for Public Integrity forum and podcast examining the “winners and losers of the Republicans’ 2017 redistribution of wealth.” The forum was hosted by Sally Herships, host and co-executive producer of the Public Integrity podcast “The Heist.” Robert Reich, economist and former U.S. Secretary of Labor, and Monica Prasad, sociologist and author, also contributed to the discussion.

Michelmore was featured in episode three of Herships’ podcast, which discusses the Tax Cuts and Jobs Act of 2017. Herships describes it as “the story of a huge political swindle, how it happened, and how power works in a Donald Trump presidency.”

You can watch the forum discussion and listen to the podcast online for free.