Washington and Lee University’s Campus Kitchen (CKWL) has announced a new multi-year series titled “Just Food” that examines the many ways in which the food system interacts with issues of justice. Events this fall are being produced in collaboration with the Native American and Indigenous Cohort (NAIC), and all of this year’s events include co-sponsorship from various university departments and the law school.

“This series was conceived from the idea that we want Campus Kitchen’s efforts in addressing food insecurity to be about more than just putting a Band-Aid on the problem” said Ryan Brink, Campus Kitchen coordinator. “We want people to see where the root of the issue is and start having thoughtful discussions surrounding things that some consider history but are actually modern-day issues.”

The public is invited to the series’ first event, a screening of the renowned 2020 film “Gather,” on Sept. 29 at 7 p.m. The film will be screened in Stackhouse Theater and is sponsored in part by the CKWL, the W&L Native American and Ingenious Cohort, the W&L History Department and the W&L Environmental Studies Program.

“Gather” is an intimate portrait of the growing movement among Native Americans to reclaim their spiritual, political and cultural identities through food sovereignty while battling the trauma of centuries of genocide.

The screening will be followed by a public discussion with the director of “Gather,” Sanjay Rawal. The talk will occur via Zoom on Oct. 5 at 5:30 p.m., and the community is invited to screen the conversation in the Hillel Multipurpose Room on the W&L campus. Register for the webinar here.

Sanjay spent 15 years working on human rights campaigns globally for the U.S. government, foundations, philanthropists and local governments. Sanjay’s first feature documentary, “Food Chains,” was produced by Eva Longoria and Eric Schlosser with narration by Forest Whitaker. The film won numerous awards, was released theatrically in 40 cities by Screen Media and was acquired by Netflix. Sanjay’s second effort, “3100: Run and Become” was released theatrically in the U.S. in 20 markets in 2018. “Gather” is his third film. Sanjay’s work has won an assortment of honors, including a James Beard Media Award.

Other series programs this fall will include a garden exchange with Virginia Tech on Oct. 15. W&L students are invited to explore and work in VT’s Indigenous garden with Mae Hey, InclusiveVT faculty fellow and Indigenous community liaison at VT, and other students from VT. Hey has a wealth of experience working around the state of Virginia on food sovereignty projects with Indigenous communities and holds a strong belief in the importance of physical place and context regarding education. Slots for participation in this event are limited, so please register in advance by emailing Brink at rbrink@wlu.edu to confirm participation.

The final event of the Fall Term will be a virtual conversation with members of the Hozho Center, a nonprofit dedicated to revitalizing Diné land and food sovereignty. Participants will include Hozho Center Chair Alta Piechowski; Chamisa Begay, Raising Indigenous Leadership Program coordinator; and Nanabah Bulman, Hozho Center co-chair.

The Hozho Center’s mission is to revitalize the Diné traditional economy by offering direct and indirect services to the Diné people using the philosophy of Hózhóo (to exist sustainability within the natural environment) and K’é (to exist for the benefit of the community). Interested participants can register for the webinar here. This discussion is sponsored in part by the Department of Art and Art History at W&L.

To learn more and to stay up-to-date on programming, visit the Just Food webpage. 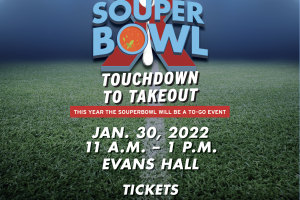 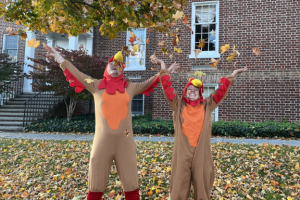 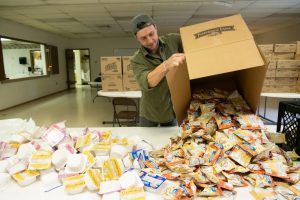